Walking 175 miles from Newquay to Mevagissey in 7 days. That's 25 miles a day for 7 consecutive days!

175 miles along the South West Coast path in 7 days. Doesn’t sound like much when you say it. The plan was to hike from Newquay round to Mevagissey averaging 25 miles a day, with about 4,000 feet of climb per day, but like all plans, things changed.  I was hiking with a friend, David Crane, and we were joined by Chris Chapman a local farmer who had seen our Facebook posts and wanted to raise money for the Charity.  Chris was 20 and had a lot of hiking experience behind him, so we were happy for him to join us.

As the walk was happening in October, we were ready for poor weather and on our first day it didn’t disappoint; pouring rain and 30 knot winds made the first few hours hard going, with strong gusts pushing us near to the cliff edge on occasions.  In addition, the hills were steeper and longer than the planning had suggested. Instead of the average of 4,000 feet per day of climb, we were doing nearer 5,500 feet which was soon to add up in fatigue.

Each day we were on the hills ready to walk by sunrise, basically as soon as it was safe enough to see where we were going, and were rewarded with some spectacular scenery. We walked until we hit our planned end point or it got too dark.   Wherever possible we added extra distance to the day’s total with the aim of reducing the final day as much as we could.

The terrain around the tip of Cornwall is incredibly steep in places, and the early morning dew and overnight rain made it very slippery at times.  The first injury occurred on day 3 when I sprained my knee; David pulled a thigh muscle the following day, and Chris joined the ranks of the injured on day 5 with a groin strain. Our various apps showed that we were taking something like 58,000 steps a day and burning between 5,500 and 6,000 calories each day.  We quite literally couldn’t snack and eat fast enough to replace what we were burning.  Each day followed the same routine – walk for 2-3 hours, stop for a cuppa, another 2-3 hours, stop for lunch then push on to the finish for that day. Because of the steepness of the landscape we didn’t have much time to stop and enjoy the scenery.  We had to maintain a solid 3mph whenever we could, just to finish the day’s stretch in daylight.

Everything was going fine until day 6 when we discovered that the ferries from Falmouth and St Maws were being cancelled due to an exceptionally low tide. This meant a very rapid re-plan.  We skipped that section and started what should have been our last day’s route up to Mevagissey, extending the final day north.  Heavy wind and rain meant that once again we were soaked to the skin very quickly, though it all cleared around lunchtime giving us the opportunity to dry out a little.

Then we looked at the forecast for the final day. We’d been watching it carefully all week, and had hoped that things might blow through overnight.  It was not to be. The forecast showed wind speeds of 64 mph plus heavy downpours all day. We considered moving the route inland, but the risk from falling trees and debris was equally bad. We then looked at using our reserve day of Saturday, but it was little better with winds of over 50 mph.  Walking on slippery cliffs and rocks in those winds was simply too dangerous, so we chose to cancel the final day on safety grounds.  In the 6 days that we hiked, we covered 156 miles, averaging 26 miles a day. We burnt 32,500 calories and took 341,000 steps, and managed 33,000 feet of climb and descent.  Miraculously none of us had any blisters at all – a testament to well-fitted and broken in boots.

Throughout the walk we wore our Dulux polo shirts with pride and talked to many people about what the charity did and who it helped.  We would like to thank the brilliant companies that supported us throughout – Dulux as the primary sponsor, Kitchencraft, Home Hardware, bira, Lawsons Ltd, BHETA, Reisser and the many individuals who sponsored us across the 6 days.  I would also like to thank my two fellow walkers, David Crane the godfather to my daughter Evie, and Chris Chapman who kept us feeling young – we did figure out that both David and I were old enough to be his grandfather!  Since the walk ended, we have all completed the final 19 miles to complete the full 175, each in their home areas.

This walk was about celebrating the 175 years that the Rainy Day Trust has been helping people from the home improvement industry and we certainly achieved that.  Here’s looking forward to the next RDT adventure.  You can still show your support if you’d like to:

We were delighted to have Dulux on board as lead sponsor for the walk. 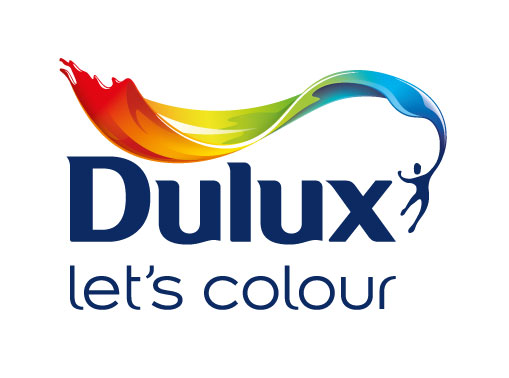 Join us and have a great time whilst supporting Rainy Day Trust in the process. Get in touch to sign up for any of our events.